Vlad Napolskikh from Krasnoyarsk studied Professional pilot at the Faculty of Transportation Sciences at the Czech Technical University in Prague. The story of Vlad’s successful admission was not an easy one. It included a failed entrance exam followed by an appeal.

Vlad talked to GoStudy blog editor about his experience of becoming a student and how they teach civil pilots in the Czech Republic. 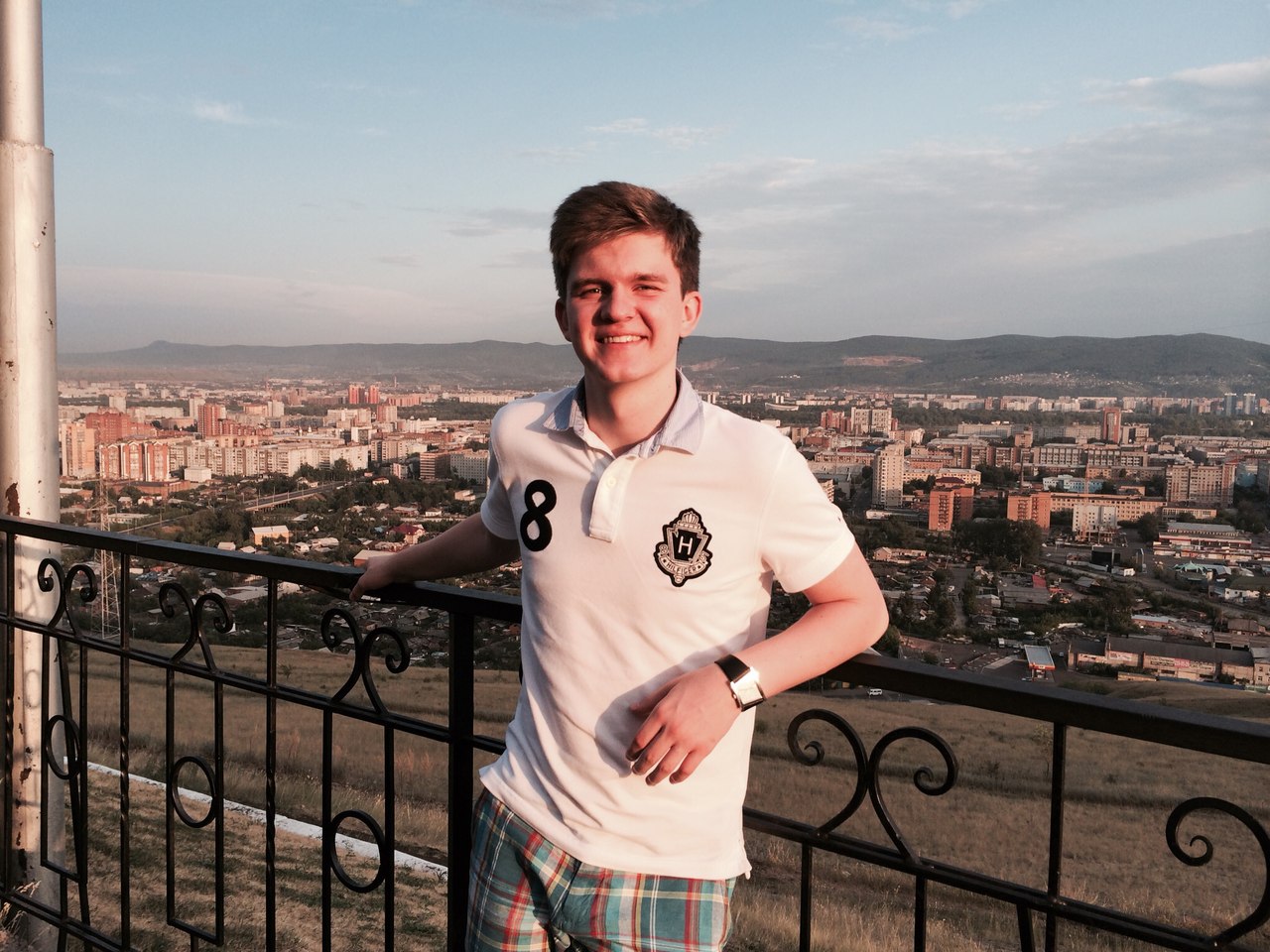 Actually I was going for VSE

After the ninth grade, my father and I decided that I should study abroad. We started considering options and I went to the summer course organised by GoStudy. I came here and studied for two months. I said to my parents that I liked it here. In fact, when I came here, I wanted to study at the University of Economics and Business. But my mother convinced me otherwise, saying that I could get an economic education in Russia as well. Then I visited the CTU, checked the faculties and specialisations they offered. I decided to apply for the Faculty of Civil Engineering and the Faculty of Mechanical Engineering. I had to have a maths exam and a test in the Czech language. I was sure that I would pass.

Then one day in winter I was looking at the CTU website and saw that you can train to be a pilot. I was curious, so I decided to give it a go. “What did you say? It’s dangerous”, my parents did not approve at first. But I said, “Let me have a medical check”. You need to get a first-class medical certificate before you even sit the exams. I was admitted. Then there were exams. You had to pass English and take an interview in addition to maths and the Czech language for the pilot training program. They had 41 available spaces only, so there was a big competition to get in. I kept the Faculty of Civil Engineering and the Faculty of Mechanical Engineering as a backup. That’s where I was admitted. I did not get into the pilot training program.

I had a good overall score

My maths was always good. However, CTU entrance exams included topics that we had never studied at school. For example, analytical geometry in Russia is only studied during the first year at university. That means you can’t do it without additional training. I found a tutor and studied for a month and a half. CTU exam is more complicated than the Unified state exam. The number of tasks is the same, they are the same in terms of complexity. You have 4 hours for the Unified state exam, and you only get 1,5 hours for the entrance exam at CTU.

The English exam was also difficult. I’ve never taken English very seriously. I had to complete my studies. I didn’t prepare specifically for CTU tests, just studied English. An sample test was posted on the website. There were questions about grammar and essay topics. I was preparing for this kind of task. I came to the exam and was given a huge text with two tasks to complete. The first task is ten questions, for each you have to find the corresponding word in the text. WE had 40 minutes to read the text,  I did not know half of the words. It was a difficult task. The second task was easier, a true or false choice. In the end, I got 80 points in maths and 60 points in English. Maths gave me a good overall score. They told me immediately that my maths was good and English was so-so.

I felt I had answered everything, but they told me that I failed

The Czech language was my problem. I scored 80 points for the written part of the exam, the passing score was 65. In the oral part, they asked basic questions. Where I was from, why I came there, where I was going to apply. Back in October, GoStudy gave us a list of 20 topics for the oral exam. You could prepare them during the year. When I left the classroom, I felt like I had answered everything. I went back to the board, and they told me that I didn’t pass. When they listed my mistakes, I was shocked. For example, there is a word “decided” – rozhodnul jsem se, so I pronounced the sound [x] in it, not [ɦ]. They said my accent was too strong. I started to explain that I’d been there for a year, I couldn’t get rid of my accent in a year. They still failed me.

I applied to three CTU faculties, I could pass exam in Czech at any of them and bring the certificate of the results. I decided to sit the Czech language exam at the Faculty of Civil Engineering and bring the result to the Faculty of Transportation Sciences. During the final interview, I said that I had all the documents, except for the certificate in the Czech language, that I had already decided where to take the exam in Czech, and the exam would be held in two days. I asked if I could deliver the certificate later, before June 20. They told me, “Ok, no problem”.

I did well in the Czech exam at the Faculty of Civil Engineering. I came to the Faculty of Transportation Sciences on the 18th and gave them my certificate that said that I passed the Czech language  exam. They told me I  was late. How could this be? They told me that I could bring the certificate before the 20th. “I do not know what they told you, we have already completed the admission”. I left feeling disappointed and wrote an appeal together with Tatiana (a specialist at the education Department of GoStudy). We appealed based on the fact that I had a passing score. I had even more points than the student they admitted.

My appeal was approved

I didn’t expect my appeal to be approved. I was already upset and told my parents that it was not meant to be. We filed an appeal in early July, and the positive decision came in early August. The reason for the approval of my appeal was not specified.

I will work for the Czech Airlines after my studies

Everyone from my circle of contacts was admitted. Basically, everybody got a place they wanted. Some of them wanted to go to private universities, some had their minds set on state universities. Studying in another country is a bit scary of course. You realise that they won’t keep fools here who won’t study. You have to work hard. I will have theoretical studies for the first six months until winter, and practical training will be added from February. We will have a lot of practice. We start simulator training in from February, and flying practise from the third semester. You study for three years to be a pilot, and there is no Master’s degree. I will go to the Czech Airlines after I finish my studies. I will live in the Czech Republic for 7-8 years, and think about where to go next. A pilot can get a job in any country. Maybe I will go to Germany.